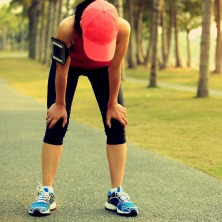 It always amazes me how much research and thought people put into buying replaceable items like cars, computers, smart phones etc. but how little, if any effort goes into understanding and finding the best health and wellness practices for themselves.

It seems most are happy to follow the masses with current trends despite the fact that each and every one of us is absolutely unique.  Meaning – we have very different needs and requirements and one-size fits all approach will seldom be effective in the long term if our goal is to be the absolute best we can be.

When it comes to your physical fitness it is no different.  There are so many different theories and practices out there about the best way to get and stay fit – some make more sense than others, some have extensive research to back them up, some don’t, some people get great results, others don’t.  So what do you do?  How do you select the best program or activity for YOU?

You go directly to the source! Your body!  We are fortunate to now have access to the blueprint of our bodies, a manual so to say that can give us the exact science of what is best for each of us.  That blueprint is your DNA, your genes – it’s the coding to how your body is wired.  The benefit of this unique manual – no more trial and error and no more guesswork to your health practices.  Now you can make more informed choices on the best way to achieve optimal health for YOU!

Let me illustrate this with a case study of a client that I recently worked with.  Let’s call her Jen.

Jen had been doing a moderate to high intensity cardio program for years but was totally frustrated in that she found it exhausted her instead of energized her, she rarely felt good during or after her workouts and yet all the experts she spoke to told her to just keep at it – that she was doing the best for her fitness.  But eventually her frustration became too much.  And given that she was otherwise healthy it just did not add up.  So we went straight to the source – what could her body, her genetics tell us that would maybe shed some light on this situation.

Stay with my here as things will get a little technical but the picture you will see at the end will be well worth it.

After looking at Jen’s genetic blueprint we discovered how 6 specific genes, which affect certain enzymes, are playing a role in her symptoms.  Here are the 6 enzymes and their impact on Jen’s symptoms:

1.     NOS3 (nitric oxide synthase 3) enzyme plays a role in dilating blood vessels to improve blood flow, enhance glucose uptake by skeletal muscle during exercise and increase energy production (in the form of ATP) in the cells.

a.    Jen’s genotype is G/T which results in reduced enzyme activity and capacity to achieve the above functions and increases the risk for endothelial damage.

a.    Jen’s genotype is D/D, which puts her at a higher risk of hypertension causing an increased demand on her heart during high intensity exercise and increasing her risk for heart disease. D/D genotypes are also associated with an increase in blood pressure during cold weather.

3.     CYP1A2 (cytochrome 1A2) enzyme, which is an important Phase I detoxification enzyme in the liver to remove toxins from the body.

a.    Jen’s genotypes is A/C which is associated with the slow metabolism of toxins, which in her case is beneficial because it allows toxins to be cleared effectively through Phase I and Phase II, avoiding an accumulation of intermediates that may be more harmful than the original substrate.

a.    Jen’s genotype is ABSENT which means that In Jen’s case this enzyme is not present at all.  The impact of this is that her liver has a compromised ability to clear its target substrates or toxins.  Fortunately there are other pathways to support this but as you will see, these are also compromised in Jen’s case.

5.     GSTT1 (glutathione s-transferase T1) enzyme is the major family of GST enzymes involved in Phase II, which is responsible for eliminating toxins from the body completely. GSTT1 and is considered to play an even more important role than GSTM1.

a.    Jen’s genotype is ABSENT which means that this gene is also deleted resulting in a substantial decrease in her ability to detoxify and eliminate toxins from her body. This increases the risk of inflammation and tissue damage in her body.

6.     SOD2 (superoxide dismutase 2) enzyme is responsible for removing reactive oxygen species (ROS) produced by our cells from normal cell functioning. During exercise cells produce a large amount of ROS that may cause damage to the surrounding tissue/cells if not properly removed.  The SOD enzymes are responsible for this function.

a.    Jen’s genotype is C/T, which is associated with a 30 to 40 percent reduction in activity, increasing her susceptibility to oxidative stress and damage and reducing her overall exercise tolerance.

When you put this all together you have the following occuring:

Jen’s genetic make-up shows that she has only moderate blood and oxygen flow making high intensity exercise more strenuous on her cardiovascular system as her body struggles to meet increased demands.   This explains why higher intensity exercise feels harder for Jen and was not actually energizing her. And she also has the genetic make-up that puts her at increased risk for cold weather induced elevated blood pressure.  Living in Canada this is important for her to know as well.

Jen naturally has poor anti-oxidation and increased oxidative stress which is then compounded during exercise as a result of the body producing ROS (reactive oxygen species) as a natural process of cell function. The removal of these ROS are compromised in Jen’s case, with a reduced ability to neutralize those ROS and protect her cells from oxidative damage. And  although she had a moderate Phase I detoxification function her Phase II is extremely compromised – this means toxins are staying in her system much longer, encouraging free radical production and susceptibility to oxidative stress. Overall this enhances overall inflammation, which can present in various generalized symptoms, such as general fatigue, muscle pains and poor response to exercise.

It became very clear, very quickly why Jen has most likely not felt the energy high from higher intensity exercise and in fact most times felt worse afterwards.  And even though her body was telling this type of exercise was not ideal for her (and now we know why), she continued with her exercise program because mainstream information said it was healthy and good for her.

What did she do once she found out this information?  Jen has changed the type of exercise she does to lower intensity type cardio activities and is loving it and feels better before during and after!  She is also supplementing with a strong antioxidant to support her detoxification pathways. She is now living more in harmony with her genes rather than following general trends and is feeling so much better!

So as you can see high intensity training was not ideal for Jen. In fact she was actually putting more stress on her body than she realized which could in the long-term compromise her overall health.  But now she has adopted an alternative program and also supports her body nutritionally to make up for the physiological challenges she has based on her genetics.

If you seem to be fighting against your body and are not getting the results you feel you should be either get your genetic profile assessed or start listening to your body and try different approaches until you find what makes you feel good physically, mentally and emotionally!